Decreasing your energy bills and escaping fuel poverty are intrinsically linked with the efficiency of gas boilers. An inefficient system will keep your bills high.

The Energy Saving Trust are battling to make the UK more aware of fuel poverty and their latest report, ‘In From The Cold’, highlights that energy effici 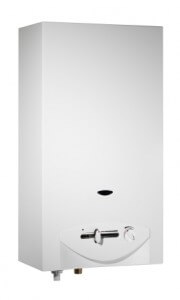 ency improvements have been undone.

Now, even if you have installed insulation to retain heat in your property, such as double glazing and loft lagging, you could still be suffering from fuel poverty. New gas boilers burn heat more efficiently, so you don’t need to turn up the boiler to keep your home warm.

On top of this, 11% of callers to the Energy Saving Trust say they’re spending more than a fifth of wages on duel fuel bills. Considering that three years ago, only 3% of the UK were spending that amount, there has been an evident rise in problems.

Gas boilers distribute heat more evenly around the home, instantly reducing fuel bills. And installing a new boiler can help you cut spending by £300 a year. So you’ll pay off the installation in as little as five years.

And according to a report issued last month, 8.5 million Britons won’t be able to afford their energy by 2016. On top of this, from 2013 there will be no Government grant support for poor households.

This means there’s no point in waiting for your problems to clear up because they won’t fade away. New gas boilers are the only chance of cutting your heating and an installation will last for 15 years or more.

Phillip Sellwood, Chief Executive of the Energy Saving Trust, said: “There is a pressing need to tackle cold, unhealthy homes. Looking at information from the thousands of calls we receive, it’s clear that this is both a deeply personal concern for many people and a wider social issue. Over a quarter of people can’t heat their home properly, and for a fifth it’s a cause of serious stress.

“Our remit historically has been to reduce carbon emissions from people’s homes. We’re now a social enterprise – and fuel poverty is a great social issue of our age. This is something that needs to be tackled in partnership and viewed from both a national and local perspective – and we want to make sure our experiences helping people in fuel poverty are used to best effect.”

The EST report also highlights the need for energy suppliers and the Government’s Green Deal to work together and help fuel poverty households. They want vulnerable customers to be given advice and support to work towards cheaper energy bills for the foreseeable future.

If it’s with gas boilers that you want to reduce your energy bills, there’s never been a better time to invest. During the spring and summer prices will drop, so to make the most from your finances it’s the perfect time to buy.

You’ll see a massive reduction in your heating bills and efficient gas boilers will also cut your home’s carbon emissions, helping the environment and Government targets.

Boiler scrappage schemes are a great way to encourage homeowners to trade in their old boiler for a new energy efficient replacement. But whilst Scottish residents are able to benefit from such a scheme, energy customers in England and Wales are being overlooked.

Back in November, the Heating and Hot water Industry Council (HHIC) instigated a push within the industry, with calls for the government to relaunch the scheme. But any such efforts have so far fallen on deaf ears.

The Boiler Scrappage Scheme was a government funded scheme designed to support homeowners who wanted to replace their old and inefficient boilers. Introduced more than two years ago, the scheme saw vouchers given to householders, offering £400 towards the cost of a new boiler.

Spectacularly successful, it became a victim of its own success, to use a standard cliché, primarily because the government had only set aside a limited budget towards raising awareness of the need for people to replace their old boilers and think more about energy efficiency in their homes. Some 133,976 vouchers were allocated, representing a total of 118,249 boiler replacements and a considerable saving on carbon emissions was made. Then the money ran out, which brought an end to the scheme.

Domestic central heating boilers use a large amount of household energy. There are numerous estimates of just how much, but it is pretty accurate to say that over half of the energy we use in our homes is for heating and hot water. This meant that any government seriously committed to reducing the nation’s carbon emissions was going to have to deal with this problem, primarily by attempting to encourage householders to replace their old boilers. There were a few conditions attached for eligibility for the scheme. To begin with you had to have the least efficient boiler installed. Secondly, if you were under 60 the boiler had to be working, but if you were over 60 the boiler could either be working or defunct.

Get reduced fuel bills now. Complete the form below for up to four FREE quotes, from local, vetted companies. Our advisors are ready and waiting to hear from you. No cost. No obligation.

Get up to 4 Free Quotes from Trusted Boiler Companies